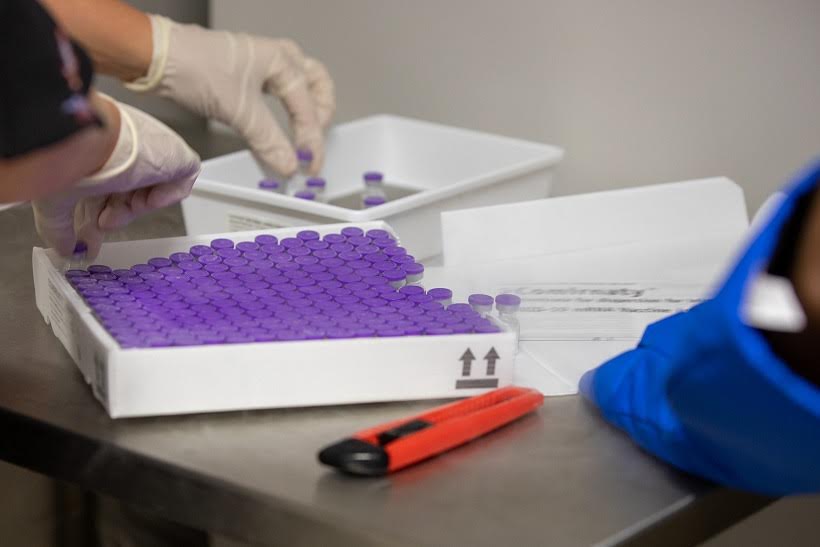 As Ispwich and Darling Downs healthcare workers prepare for vaccination training to give the Pfizer jab, the nurses union says federal leaders are yet to provide clear updates on rollout changes.

As of April 12, Toowoomba Hospital had vaccinated 2024, while Ipswich Hospital had given it to 2,059 of whom received either the Pfizer or AstraZeneca.

But official advice in Australia has changed, now recommending that people under 50 get the Pfizer vaccine due a link between the AstraZeneca and extremely rare blood clots.

The Sunshine State only has six Pfizer hubs, on the Gold Coast, Cairns, Townsville, Sunshine Coast, and Brisbane Metro South and Metro North.

Queensland Nurses and Midwives' Union secretary Beth Mohle says there are far more AstraZeneca hubs across the state, which will need to be turned into Pfizer hubs.

Ms Mohle points out the switch will result in inevitable delays while some doctors, nurses and pharmacists - who were educated on AstraZeneca - undergo new training.

"So there is going to be a whole lot of additional training that will be required in terms of vaccine storage, preparation and how you undertake the inoculation.

"They are both multi-dose vial, but there are differences."

Ms Mohle says while staff are more than up to the job, a lack of communication from the Federal Government following the pivot in the vaccine strategy is making it difficult.

"So far we've been hearing that communications between the Commonwealth, the states, and aged care and disability has been sadly lacking.

Following the strategy change, Ms Mohle say a review will need to be done into current vaccination target groups based on need and risk, and clear communication will be key in addressing vaccine hesitancy.

"That is a really, really critical need...so we are all on the same page."

She is calling more robust communication channels to be set up, so healthcare workers can escalate concerns as they arise, and receive advice quickly.

"An example of that is even before the change late last week, we had already written to the Commonwealth Chief Health Officer about the lack of vaccination of aged care staff at the same time as when residents were being vaccinated.

"We still haven't had a response to that yet."

Ms Mohle also doesn't have confidence healthcare workers across Queensland have the right PPE or PPE that actually fits.

"We are hearing proper fit testing is not occurring for some members working directly with COVID-19 patients."

She also wants to see a new model of accommodation for returned travellers to reduce the risk of spread.