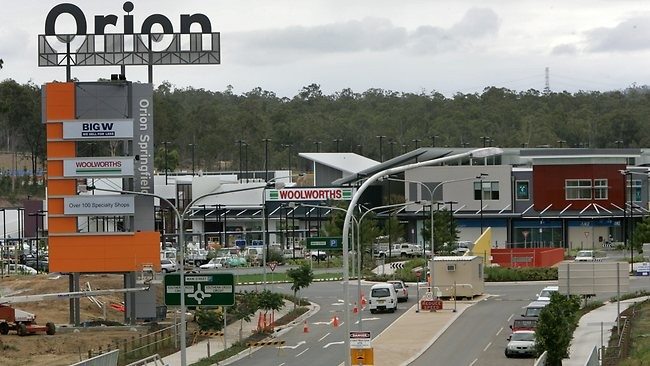 Emergency crews are on scene of a possible gas leak at a major shopping centre in Ipswich.

A Queensland Fire and Emergency Services spokesperson says a digger has hit a gas pipe at Orion Shopping Centre, in Springfield.

Firefighters have done atmosphere monitoring and readings are within "normal range".

Police were called to the incident at 12.40pm this afternoon.

"The initial investigation suggests it was a possible gas leak," a police spokesperson says.

"However, that can't be confirmed at the moment because Work Place Safety is looking into it."

Paramedics attended after they got a call to 12.26pm after reports of a gas leak due to a "workplace incident".

They assessed a woman, aged in her 40s, but she didn't need to be taken to hospital.

A Queensland Ambulance Service spokesperson says the woman was assessed for "medical effects of gas but she is okay".