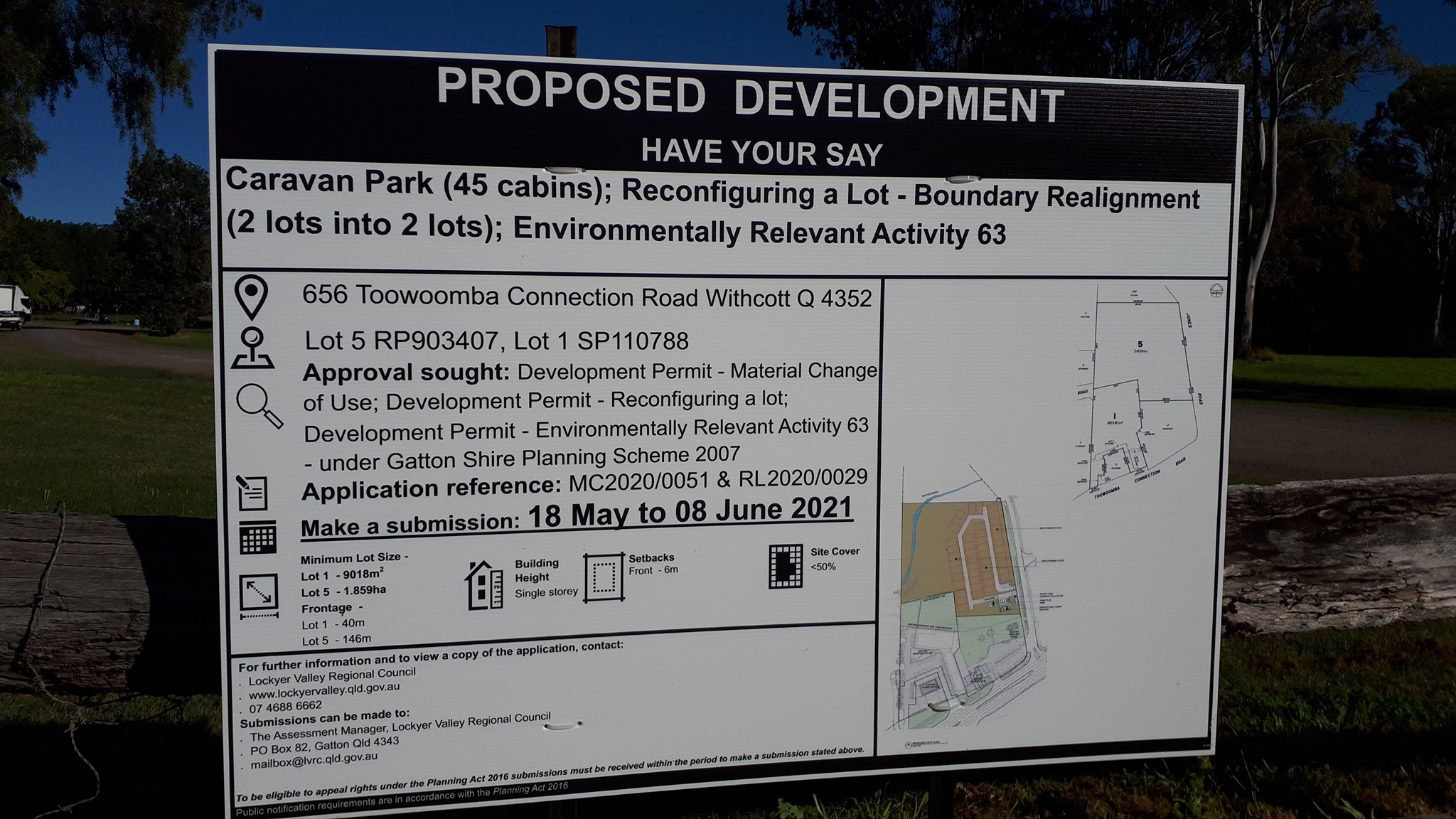 A group of Lockyer Valley residents are fighting to stop a proposed tourist park development they say may destroy the fabric of small, tight-knit community.

The developer is aiming to create a short-term tourism hub to cater to a growing market that in recent years has bypassed Withcott.

The proposal is to be built on 2ha of landscaped parklands, situated only metres away from the council's Withcott Park Reserve, which is the proposed site of the Withcott Trail Head and Mountain Bike Skills Park - potentially the host of mountain biking events if the Brisbane bid for the Olympic Games is successful.

But Lacey Maguire from Residents Opposed to Withcott Tourist Park is determined to stop the development in its tracks, and says it did not comply with the character and amenity of the local area.

Ms Maguire is also concerned there will be a repeat of what happened several years ago at the controversial Helidon Spa resort, which became a hub for crime, welfare, and social issues.

“What we fear is if it is not viable then the owner will then seek government contracts to make it crisis emergency accommodation or long-term accommodation,” she says.

“I think adding a transient population will change the fabric of the community.

“There are also environmental concerns surrounding the onsite wastewater, including the potential to contaminate Gatton Creek in the event of a flood.”

But a spokesman for Withcott Tourist Park Pty Ltd says there are no plans to create long-term accommodation, and the development will simply support Toowoomba and Lockyer Valley Councils’ push to promote the region as a short-stay tourist destination.

A community forum held at Withcott Hotel a fortnight ago attracted a crowd of 60-plus residents keen to learn more about the final tourist park proposal.

“It was interesting to receive feedback from the community, that the majority of the attendees weren't aware of the council’s tourism destination plan nor the extent or potential for Withcott of the Withcott mountain bike hub to become the 'Blue Derby' of the Australian mainland,” the Withcott Tourist Park spokesman says.

A Lockyer Valley Regional Council spokeswoman says the application will be assessed in accordance with the legislated development assessment processes.

The public notification period for the development ends on Tuesday, June 8.