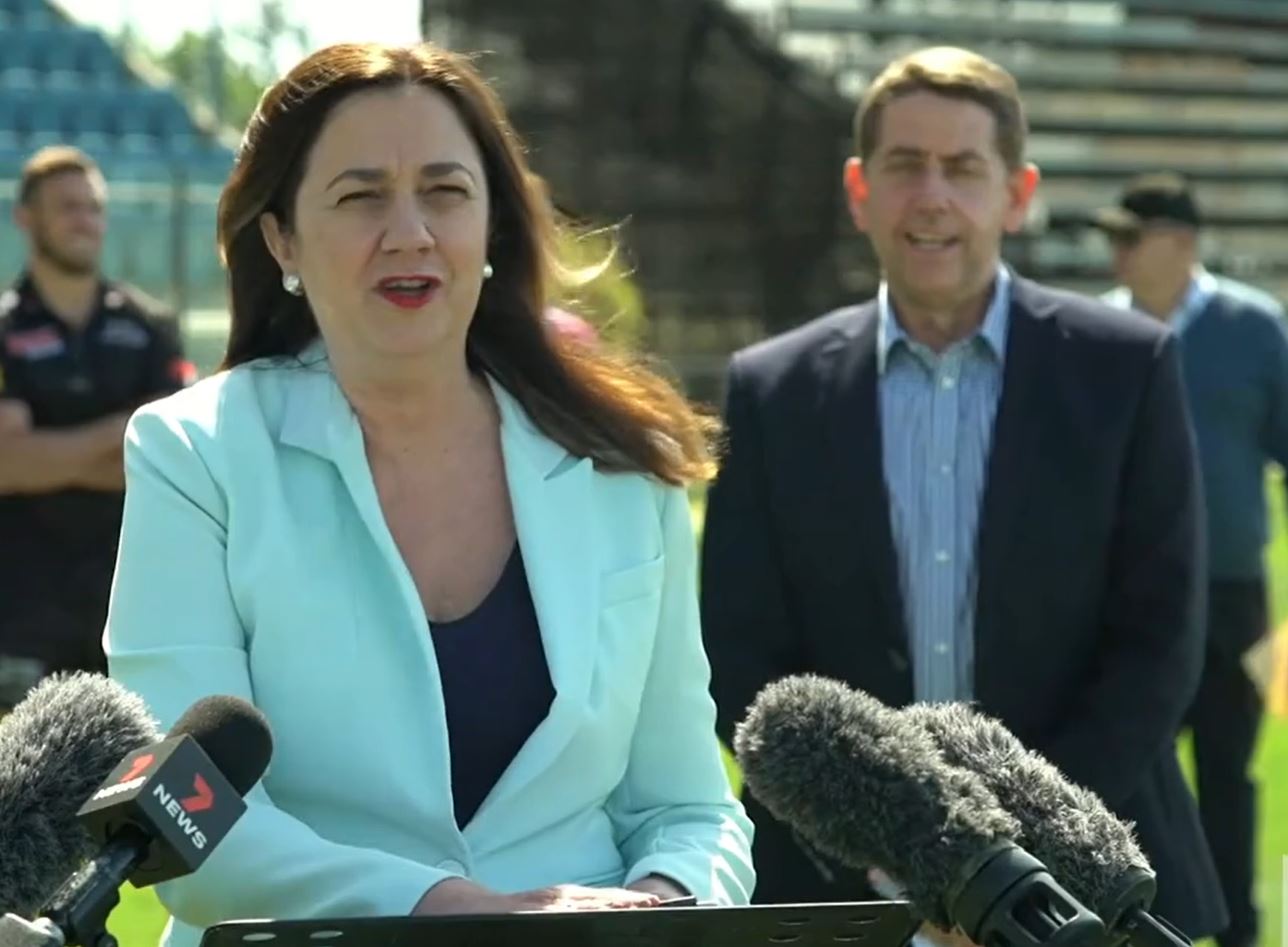 The premier also revealed that Mackay’s BB Print Stadium will host games for the second week of the NRL finals series in a major coup for the region.

Ms Palaszczuk says with the NRL competition currently based in Queensland due to the Covid outbreak in NSW, this is a “once-in-a-lifetime” final series, which will inject $19 million into the state’s economy.

“With a TV audience of over three million viewers in 70 countries, it’s a wonderful opportunity to promote Queensland as the sporting capital of Australia.

“I’m delighted that six of these games will be played in regional Queensland: the heartland of rugby league, providing a tremendous economic boost for our regional cities.”

The State Government has stumped up $4.6 million plus in-kind support to help get the teams to regional Queensland, according to Ms Palaszczuk.

She says 12,000 tickets have so far been sold for Townsville's double-header with tickets to Sunshine Coast Stadium's Friday night game between minor premiers Melbourne Storm and Manly Sea Eagles all snapped up.

Ms Palaszczuk confirmed a pop-up vaccine clinic will be at the Rockhampton game where tickets have almost sold out.

“We want to increase awareness and the NRL is also proud to partner with us as we together support the program to vaccinate Australians,"

With the NRL competition currently based in Queensland, this once in a lifetime final series will inject $19 million into our economy. pic.twitter.com/HFhOsA8Laa