NSW records 1035 new local COVID-19 cases - NSW has reported 1035 new locally acquired cases of COVID-19 and five deaths as double-dose vaccination coverage approaches 55 per cent.
Largest quake in Vic's recorded history - The largest earthquake in Victoria's history has damaged buildings and the tremors were felt across Melbourne and as far away as Canberra, Sydney and ...
More frosty temps on way for Ipswich and Darling Downs - A winter blast has whipped up gale force winds and sent temperatures plummeting to below zero in parts of the Darling Downs and south east Queenslan ...
Three occupants injured after car ploughs into Goodna home - A car has smashed into a house at Goodna, leaving three occupants of the vehicle injured. Paramedics raced out to the property on Storr Court at 5. ...
Volkanovski ready for UFC title challenge - He may have been floored by COVID-19 but Australian UFC star Alex Volkanovski says Brian Ortega is no chance to taking him down in their UFC featherwe ...
Ipswich suburb tops Qld list for most storm damage in past year - Ipswich was the fourth most storm-affected region in Queensland during the past 12 months sparking warnings for homeowners to get prepared now.   T ...
Motorcyclist critical after serious crash on Bribie Island Rd -   A motorcyclist has been rushed to hospital after a serious crash near Caboolture. Paramedics, including critical care were on the scene of a serio ...
Fresh calls for safety barriers on Ipswich CBD bridge - There is a fresh push for safety upgrades on the Ipswich CBD bridge to stop people hurling trolleys over the top and to protect vulnerable community ...
Byron Bay COVID case threatens border bubble with northern NSW -   UPDATE 2.15PM Increased border restrictions will be reinstated for the local government areas of Byron Bay and Tweed, as a COVID-19 case is detect ...
700 Queensland pharmacies ready to deliver Moderna vaccines - Moderna will be available at Queensland pharmacies from tomorrow. The jab is being offered to anyone aged 12 and above. Chris Owen from the Pharma ... 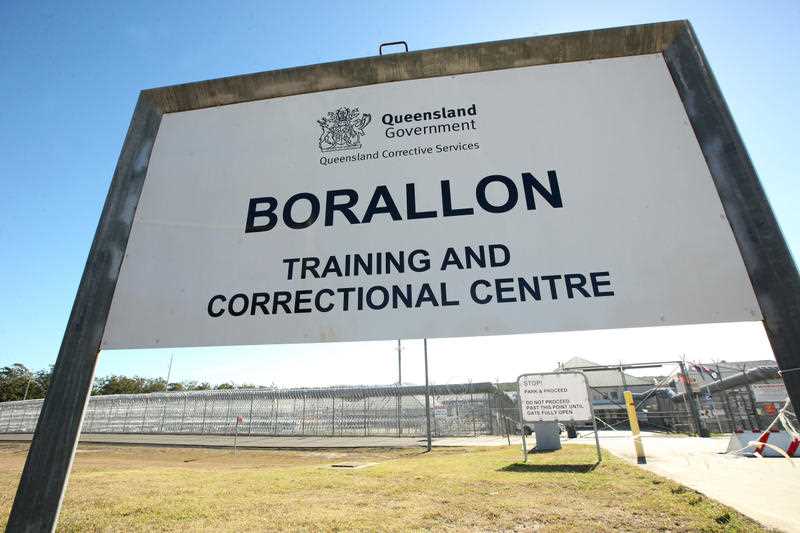 Staff at Borallon Correctional Centre are being put at increasing risk due to overcrowding at the prison, the Together Union says.

It comes just days after a violent attack by an inmate on two prison officers at the facility near Ipswich.

Together Union's Michael Thomas said a prisoner had armed himself with a make-shift weapon and attacked an officer but managed to subdue the inmate.

"It's another stark reminder of how dangerous prisons can be," he says.

One of the officers is now recovering from cuts and a puncture wound to his head while the other, who suffered a head knock, has returned to work following the incident on Wednesday.

Queensland Correctional Services has put out a statement confirming that two officers were injured in an incident but disputed any use of a stabbing implement.

"Officers were conducting a unit inspection when a prisoner approached an officer and punched him. At no stage were any officers stabbed," the statement reads.

"The officer attempted to move away from the prisoner, who continued to approach him before responding officers subdued the prisoner and he was removed to the detention unit.

"One officer received a cut to his chin from the incident and was assessed at the medical centre and then went off duty.

"The second officer was assessed at the centre following the use of force but remained on shift."

Mr Thomas says Borallon, like many Queensland prisons, is beyond 100 percent capacity with two inmates double bunked in a cell.

"We've certainly seen increases in assaults in recent years because of overcrowding," he says.

"At the moment there are units with up to 80 prisoners, there's only two staff.

"There's response capability outside that, but for those two staff you're in a state of constant vigilance and constant concern that you're the next one going home via an ambulance to hospital."