Largest quake in Vic's recorded history - The largest earthquake in Victoria's history has damaged buildings and the tremors were felt across Melbourne and as far away as Canberra, Sydney and ...
NSW records 1035 new local COVID-19 cases - NSW has reported 1035 new locally acquired cases of COVID-19 and five deaths as double-dose vaccination coverage approaches 55 per cent.
More frosty temps on way for Ipswich and Darling Downs - A winter blast has whipped up gale force winds and sent temperatures plummeting to below zero in parts of the Darling Downs and south east Queenslan ...
Three occupants injured after car ploughs into Goodna home - A car has smashed into a house at Goodna, leaving three occupants of the vehicle injured. Paramedics raced out to the property on Storr Court at 5. ...
Volkanovski ready for UFC title challenge - He may have been floored by COVID-19 but Australian UFC star Alex Volkanovski says Brian Ortega is no chance to taking him down in their UFC featherwe ...
Ipswich suburb tops Qld list for most storm damage in past year - Ipswich was the fourth most storm-affected region in Queensland during the past 12 months sparking warnings for homeowners to get prepared now.   T ...
Motorcyclist critical after serious crash on Bribie Island Rd -   A motorcyclist has been rushed to hospital after a serious crash near Caboolture. Paramedics, including critical care were on the scene of a serio ...
Fresh calls for safety barriers on Ipswich CBD bridge - There is a fresh push for safety upgrades on the Ipswich CBD bridge to stop people hurling trolleys over the top and to protect vulnerable community ...
Byron Bay COVID case threatens border bubble with northern NSW -   UPDATE 2.15PM Increased border restrictions will be reinstated for the local government areas of Byron Bay and Tweed, as a COVID-19 case is detect ...
700 Queensland pharmacies ready to deliver Moderna vaccines - Moderna will be available at Queensland pharmacies from tomorrow. The jab is being offered to anyone aged 12 and above. Chris Owen from the Pharma ... 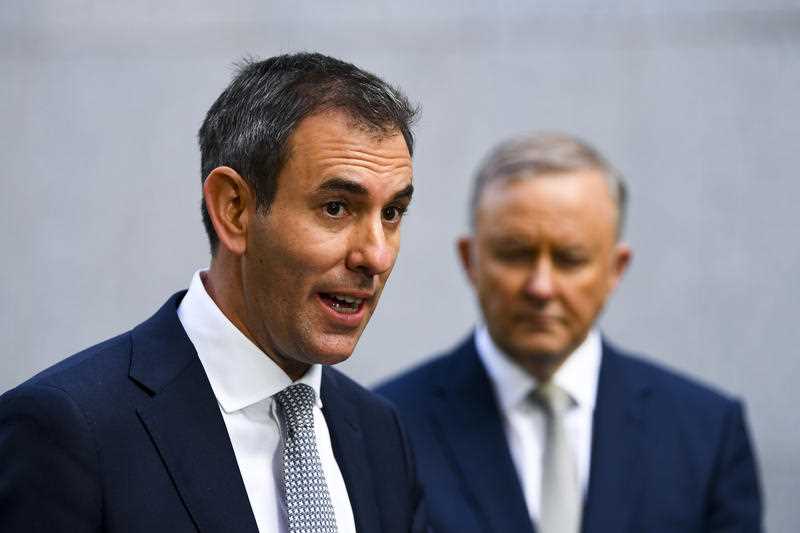 Federal Labor has pledged $2 million towards a business plan to construct a much-needed rail line between Ipswich and Springfield if it wins the next federal election.

The project is considered critical to the Ipswich region with the latest figures showing a 25 per cent growth in the southern suburbs of Redbank Plains, Ripley Valley, Deebing Heights and Springfield.

At this stage, Labor State Government is committing $1 million, with Ipswich City Council stumping up $500,000 for an options analysis document.

The next stage of delivery for the Ipswch to Springfield rail corridor is a detailed business case, a more detailed proposal required before shovels hit the ground.

It is currently unfunded at a cost of $7.5 million, according to the council.

The Federal Government did not commit any funding to the project in this year's budget despite calls from local MPs.

Blair MP Shayne Neumann has described the Ipswich to Springfield rail line as critical to the growth of the region.

"Ipswich has had no major infrastructure work over the last eight years," he says.

"Ipswich is the fastest growing city in southeast Queensland. We'll have more than a half a million people by 2040.

"We're talking about a 25 per cent growth in the southern suburbs of Ipswich, which is well above the state average of 1.7 per cent."

“Ipswich is one of fastest-growing regions in the country, so we need to plan for this growth now.

“Public transport infrastructure will be a key priority of an Albanese Labor Government and the Springfield to Ipswich transport corridor will be a game-changing investment for the region.”

“The numbers speak for themselves: another 325,000 community members are projected to move to Ipswich by 2041. We are Queensland’s fastest growing city,” Mayor Harding said.

“With approximately 70 per cent of the population growth in Ipswich occurring between Ipswich and Springfield, this public transport corridor is vital to easing the burden on our road network and keeping our community moving.

“Council has been ramping up calls for government investment in essential infrastructure projects for our city and it is fantastic that Federal Labor has come to the table."