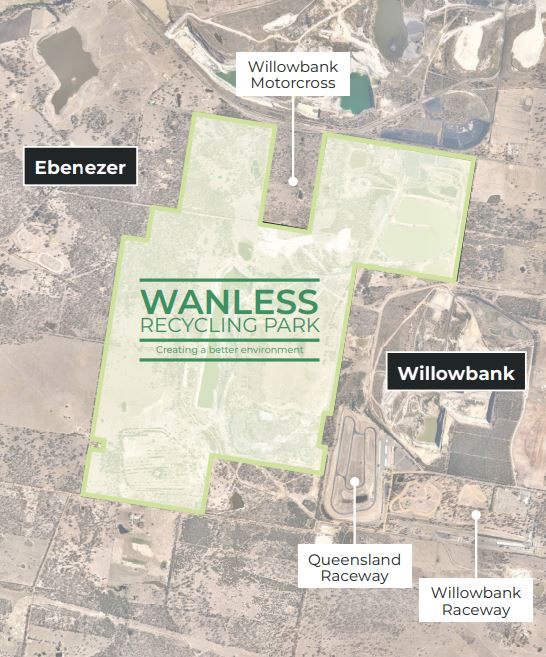 Ipswich Council has knocked back an application for a landfill site at Ebenezer, while at the same time approving a recycling facility for the same location.

The landfill project had received backlash from the community mainly because of dust, smell and noise and its close proximity to Willowbank Raceway.

Waste company Wanless submitted the development application for the $50 million waste facility to the council in December 2019.

There were 60 submissions lodged, all objecting to the proposal.

The development application went before an Independent Decision Review Panel before a final decision was made by council on Thursday during a robust discussion.

The council voted 8-1 against the landfill project.

Ipswich Mayor Teresa Harding says as Ipswich’s population continues to grow it is no longer sustainable for Ipswich to be the site of choice for private landfill sites.

"I think a recycle recovery facility is something we do want to attract here," she says.

"But we certainly don't want to set up new landfill sites here in Ipswich.

"The landfill proposal before council raises environmental risk that have not been adequately addressed in the application."

Council officers' report specifically cited that the base of the proposed landfill will ultimately sit below the groundwater table, which elevates the potential of harmful substances seeping through the base liner.

The proposed facility is expected to generate around 550,000 tonnes of waste per year.

It was also argued that there is no shortage of existing landfill sites in Ipswich, which can accommodate this waste, including Veolia’s Ti-Tree Bioenergy facility, which adjoins the proposed site.

In December last year, the council endorsed its Waste and Circular Economy Transformation Directive - setting out a forward-thinking and sustainable approach to the city’s waste future.

Cr Harding says the landfill proposal did not align with the directive and the rejection of the landfill site shows the council is listening to community concerns.

Cr Harding says Wanless will have to abide with the state and local government regulations regarding the recycling facility.