'I feel so blessed': Goodna Street Life to rise from the ashes 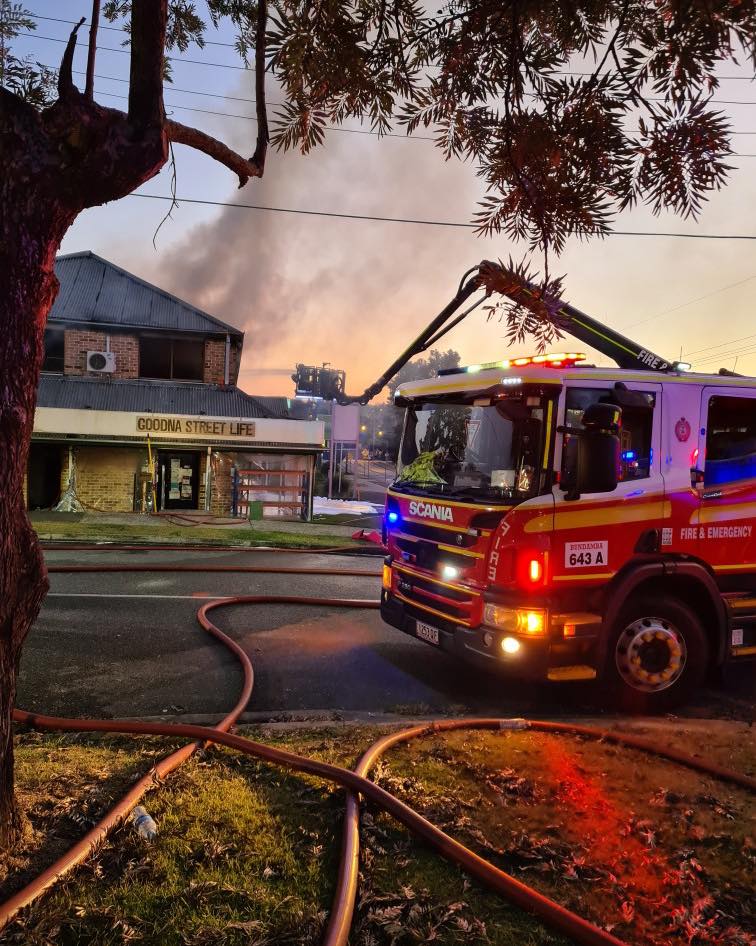 A popular Goodna charity organisation has vowed to continue its vital work helping the homeless after its op shop was destroyed by fire.

Goodna Street Life op shop was gutted by a fire on Tuesday leaving founder Helen Youngberry and the community devastated.

On Wednesday, Ms Youngberry told River 949's Marnie and Campo the fire would not dampen the team's resilience to help the helpless.

"The fire isn't going to stop us from being who we are," she says.

"The op shop is the nucleus of the Haven because it not only funds us but it's what the people need in the community.

"Goodna Street Life is not just me, it's the people that work it, and the community that supports it, because without their donations I'm nothing."

But in a video posted on Facebook on Thursday, Goodna Street Life vice president Steve Purcell and Ms Youngberry hinted that a new retail storefront would be revealed soon.

"You can keep on donating to our fundraiser to rebuild our op shop. We are so grateful for the support," Mr Purcell says.

Ms Youngberry says the charity needs $5000 to fit the new shop out.

Goodna Street Life is an independent charity providing housing and support for the homeless and vulnerable people in the community.

In a bittersweet twist, the charity, which is usually at hand to help those in need, found itself receiving an outpouring of generosity and kindness from the Ipswich community after news of the fire broke out.

"The irony is when there is a fire we are the ones ringing the victims asking 'how can we help'," Ms Youngberry says.

"I feel so blessed because it is being reciprocated."

QFES says up to nine fire crews and an aerial appliance were brought in to battle the blaze at the Goodna Street Life store on Queen Street at just after 5am.

No one was injured.