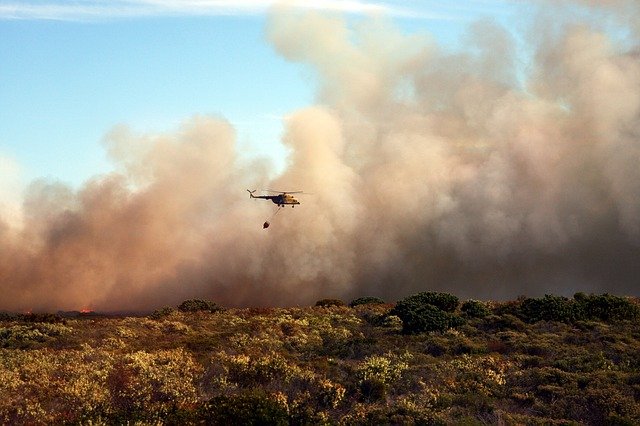 A fire ban is now in place for the Ipswich region as authorities warn of windy and dry conditions creating the perfect storm to ignite bush fires.

The ban come into effect at midnight and will, at this stage, end at 11.59pm tomorrow. It means no one can light a fire in the open for any reason.

Superintendent Allan Gillespie has told Marnie and Campo while temperatures aren't overly hot, dry and windy conditions are forecast for the next few days.

Wind gusts of up to 70km/h are expected to intensify dangerous fire conditions, particularly in grassy vegetation.

"Humidity down as low as 15 per cent.

"With the amount of dry grass out in the bush...that combination is a heightened level of fire awareness.

"It is a recipe for really fast moving, destructive grass fires."

Mr Gillespie says crews have been preparing for this week's weather for four days, and water bombing aircraft are on standby.

If conditions don't ease, the ban could be extended.

"Traditionally, September is a very, very dry period...maybe later in the year maybe that rain will pick up."