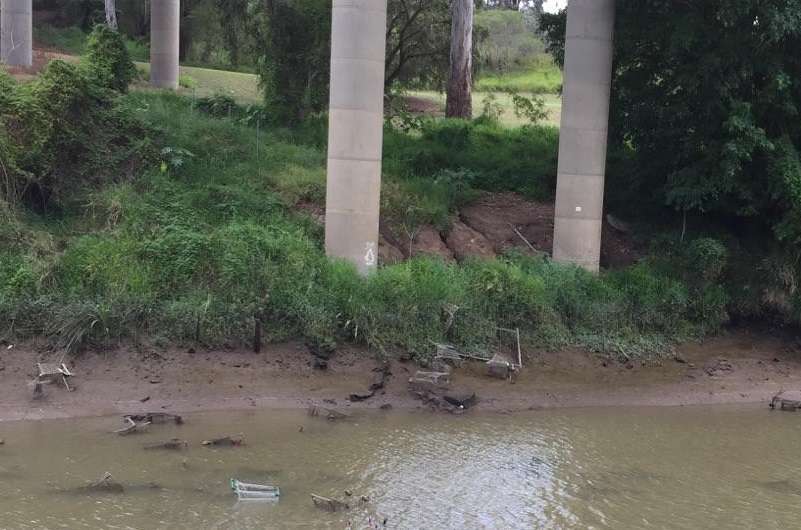 There is a fresh push for safety upgrades on the Ipswich CBD bridge to stop people hurling trolleys over the top and to protect vulnerable community members.

Ipswich councillors Marnie Doyle and Andrew Fechner are petitioning the Queensland Government to install barriers or 'anti-throw' screens on David Trumpy Bridge, despite the state rejecting calls for funding in the past.

Ms Doyle wants more protection to reduce the risk of self harm incidents.

"What I see being lost in all of this is safety problems for those who are vulnerable in our community - those people who are suffering mental illness."

Shopping trolleys being hurled from the bridge has been a problem for decades, she says, and people's lives are put in danger when they're walking underneath it.

"That has [also] presented enormous environmental impacts for the Bremer River."

How much it will cost to upgrade the state-owned asset is unknown at this stage, Ms Doyle says. Council officers are working through upgrade options to put forward to government officials.

The councillors have also met with Ipswich MP Jennifer Howard who supports the push and is lobbying the Transport and Main Roads Minister Mark Bailey.

There is no estimate on how much upgrades to the state-owned asset will cost.

"The cost would need to be borne by the State Government, and I accept it is probably a costly project.

"I do note various bridges around Brisbane have had anti-throw screens retro fitted.

"A local company in Ipswich made anti-throw screens, so it is absolutely doable," Ms Doyle says.