The Lockyer Valley community is rallying behind three young men who have lost everything in a house fire in Gatton.

The blaze broke out at the Williams Street property, just before 6am, on Thursday morning.

When firefighters arrived the house was engulfed by flames, with crews working hard to stop it from spreading.

Local Matthew Loder saw the young men sitting on the side of the road watching their home being gutted by the inferno, and he decided to stop his car to help them.

Mr Loder has told River949’s Marnie and Drew they have been left with nothing but the clothes on their backs, with their passports, furniture, phones and laptops perishing.

“They had their heads down, and I knew I had to pull up and have a chat to them. 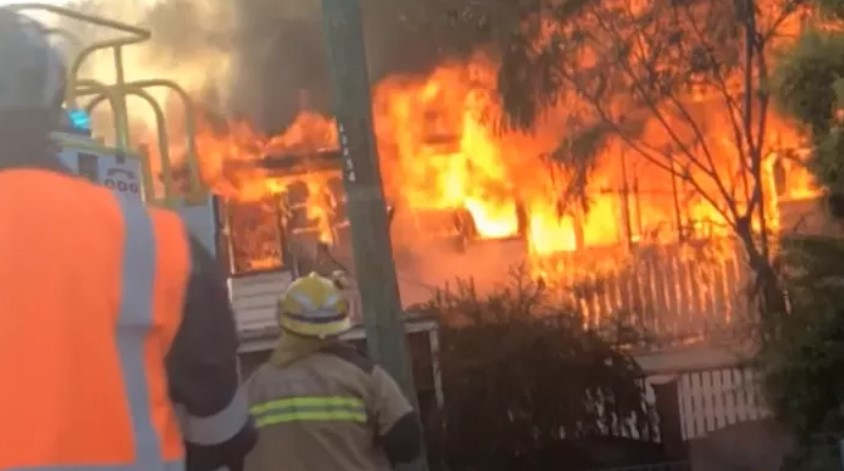 Mr Loder has now started a GoFundMe page, hoping to raise money to buy them some basic goods.

He is also calling for donations of any kind, including food, bathroom items and clothing.

“The community has been great in helping…I had two lovely ladies come over yesterday and dropped off a load of food.

“They’ve got temporary accommodation at the moment.”

LISTEN to Mr Loder chat to River949's Marnie and Drew about the fundraiser for the young men.

Firefighters are investigating the cause of the blaze, but it is believed to have started by an electrical heater.

You can make a donation via https://www.gofundme.com/f/gatton-house-fire