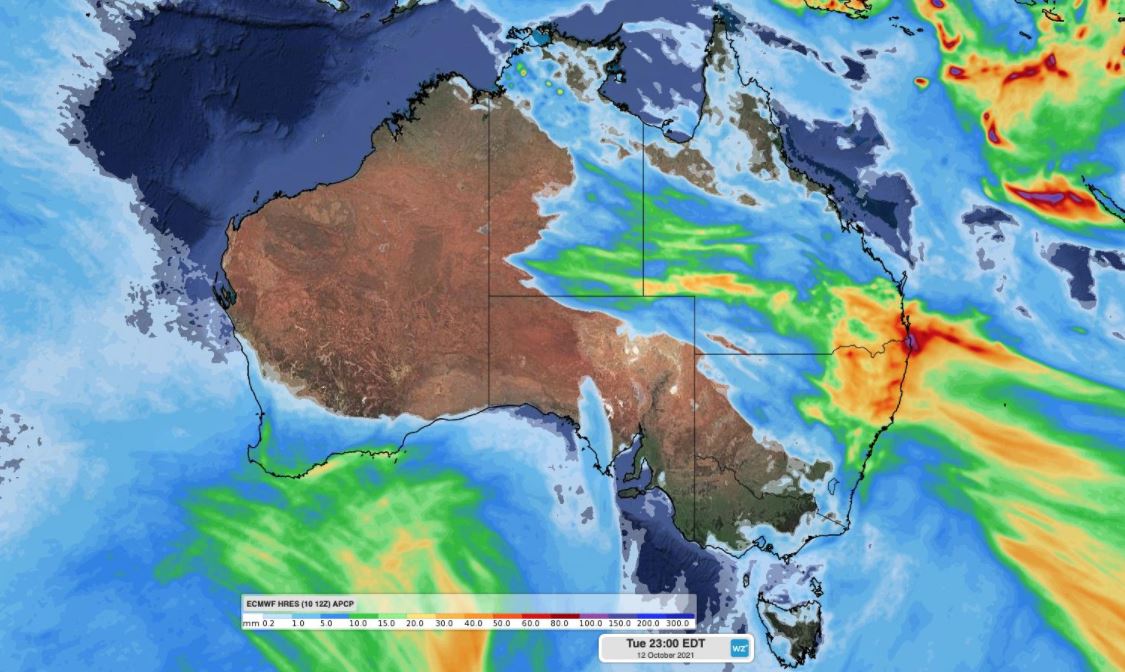 Heavy rain has drenched the Lockyer Valley and south east Queensland with some regions receiving their heaviest October rainfall totals for years.

Teeming rain fell throughout most of the night, soaking Brisbane, Ipswich, Gatton and Toowoomba, as an upper trough rolled across from the west.

In the Ipswich area, the most rain has been recorded at Mount Crosby Weir, where 44mms fell. Bundamba got 42mms, while most other Ipswich suburbs got between 35 and 38mms.

Gatton recorded 38mms – the highest October rainfall total in a 24-hour period in the past four years.

Most other Lockyer Valley areas received up to 30mms and Toowoomba Airport got 20mms.

Mt Glorious northwest of Brisbane has recorded almost 80mm since late yesterday, while 57mm has fallen at Upper Springbrook in the Gold Coast hinterland.

A northwest cloudband will bring two days of decent rain to parts of #Queensland that really need it. ☔️

Bureau of Meteorology forecaster Matt Bass says Brisbane hasn’t had this much rain since April 6.

“It has helped to form up a rain band.

Mr Bass says the rain is expected to continue today with the chance of a thunderstorm or two, but it will taper off by this afternoon as the system moves north.

“The bulk of the weather is pushing up the coast… patches of light rain that will continue to come through this morning.”