A new website is aiming to help desperate Aussies secure the most prized possession of the pandemic since toilet paper - a rapid antigen test kit.

The crowdsourced website, launched on Monday, relies on people sharing information on which chemists and supermarkets in their regions have stock available.

‘In stock’ is marked in green, ‘low stock’ in orange, while ‘no stock’ is indicated in red on the map. 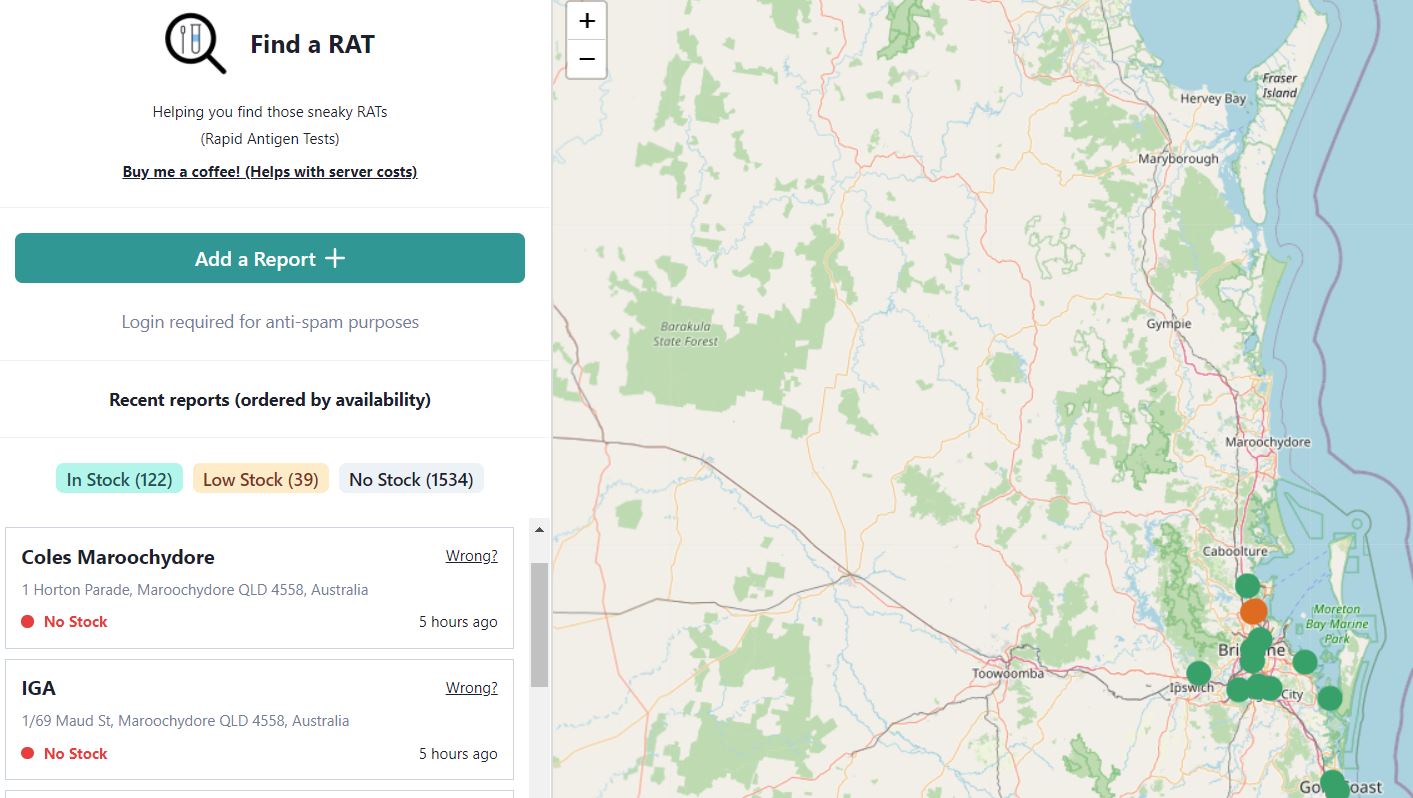 Pressure is continuing to mount on Prime Minister Scott Morrison to make RATs free to the public but he has so far refused telling Channel 7's Sunrise: “We're now at a stage of the pandemic where you can't just make everything free”.

The problem is the state and federal governments are pushing for people to have a RAT test instead of PCR tests to reduce the burden on already fragile health systems.

"The government has told people to not go and get tested, but to test themselves with a rapid antigen test that isn’t available, and that isn’t affordable," Mr Albanese said at a press conference on Monday.

"This is a public policy failure the likes of which we haven’t seen in this country before."

But RATs are proving difficult to find across Australia.

Pharmacy Guild of Australia is expecting 500,000 new kits to be available in Queensland community pharmacies from January 6-7.

Meanwhile, the State Government has secured 18 million RATs to be distributed in the coming weeks for free at testing sites to people classified as close contacts and COVID-19 positive cases who require testing under a public health direction.