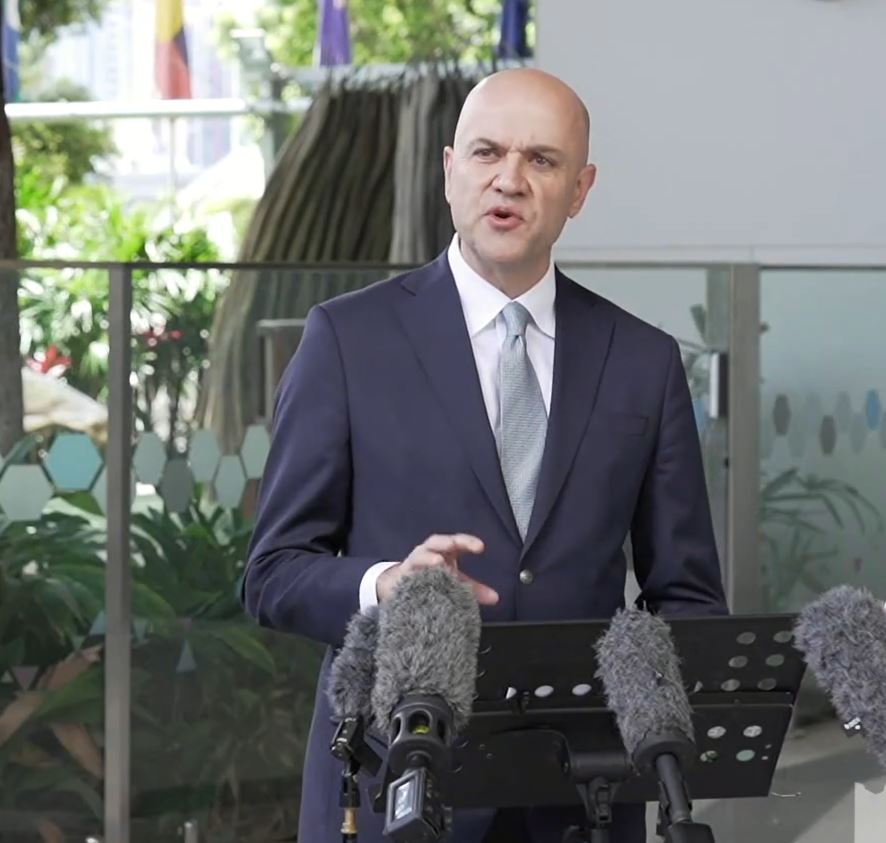 Queensland has reported one COVID-19 death and 20,566 cases as the state’s top doctor takes aim at those hosting Covid parties.

The man who died was in his 70s, understood to be living in a nursing home and had severe underlying health conditions.

Reports of people hosting Covid parties to gain immunity from the virus have been slammed by chief health officer Dr John Gerrard as “utterly ridiculous”.

“They are ridiculous, so please stop them,” he says.

There are 502 people in hospital with COVID-19, 27 in ICU and six are ventilated.

It takes the state to 109,524 active cases, but that number is likely an underestimation, according to Health Minister Yvette D’Ath.

The Gold Coast is a major COVID-19 hotspot right now with the south of Brisbane and the Sunshine Coast not far behind as cases and hospitalisations rise in those regions.

Dr Gerrard says Gold Coast hospitals had 23 admissions to their wards yesterday, but there are plans to handle those increased hospitalisations.

"To give you some context of that, a typical hospital ward is somewhere between 24 and 30 patients," he says.

"That is effectively almost an entire ward in one day."

Dr Gerrard says the fact we only have 27 people in intensive care shows the vaccine is working, but warns those numbers will get much higher and hospitals will be put under increasing pressure.

“As predicted, the number of patients that are getting admitted to the wards of the hospitals is beginning to escalate,” he says.

“We had 502 people in Queensland in hospital wards as of 7pm last night. That is up from 419 the day before.

“I think we are doing reasonably well but the next three weeks will be tense.

“There will be significantly more intensive care admissions than what we are seeing now.”

Dr Gerrard says hospitalisations will peak as schools return in early February, not with children, but as a result of a lot more transmission of virus in the community in general.

More than 6,500 children aged 5-11 were vaccinated in state-run clinics yesterday.

Ms D’Ath hopes the Federal Government will get vaccines to pharmacies and GPs quickly so they too can begin vaccinating the 5-11 aged cohort.

"I understand that pharmacies and GPs are not taking bookings at the moment because they want to see the vaccines in their hands,” Ms D’Ath says.