Anouk and Gunni's epic journey from Tasmania to Ipswich From Tasmania to Ipswich, the Nature Centre’s newest residents have made an epic journey to their new home.

Two quolls, Anouk and Gunni, have arrived at the enclosure from the Devils @ Cradle conservation and breeding sanctuary in Tasmania.

Ipswich City Councillor Russell Milligan said the two-and-a-half-year-old eastern quolls were once widespread across south-east mainland Australia, but since the 1960s, they can only be found in Tasmania.

“Conservation programs are slowly re-introducing eastern quolls to the southern mainland, but threats such as cats and foxes are an ongoing problem,” Cr Milligan said.

“Having Anouk and Gunni in Ipswich is a boon for the city and will hopefully inspire people to learn about these interesting and endangered native animals.”

It’s easy to tell the quolls apart - Anouk has black fur, and Gunni is the fawn colour. 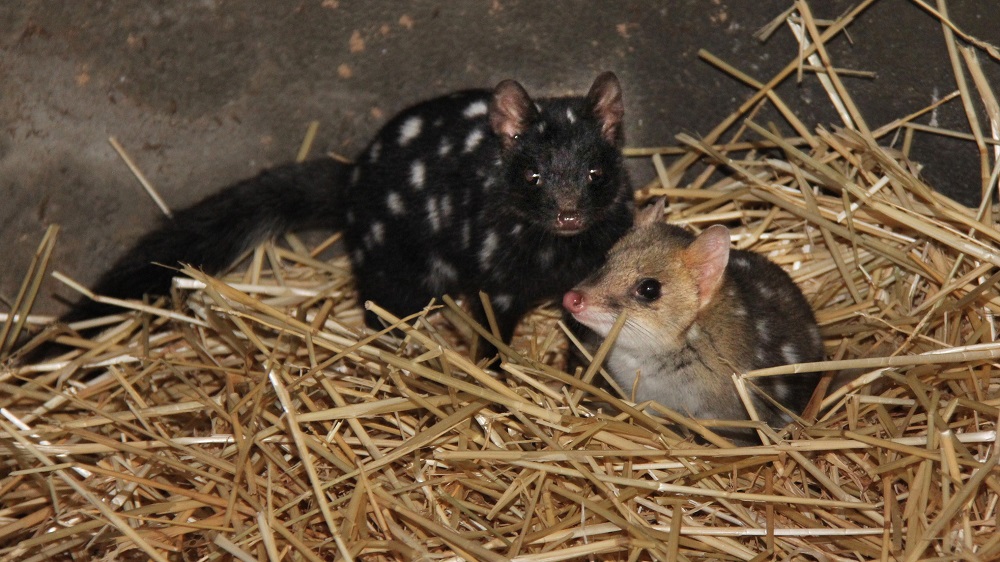 “The black fur is rarer than the fawn, so it’s special to have one of each for Ipswich Nature Centre visitors to see up close,” Cr Milligan said.

“They have been exploring, climbing on all the furniture and digging up the plants,” Cr Milligan said.

Cr Milligan said the eastern quoll was different to the endangered spotted-tail quoll that can be found in our local region.

Eastern quolls are a small carnivorous marsupial, with males weighing about 2kg and females 1kg. They live for 3-5 years.

They are fast and agile nocturnal predators, hunting insects and small mammals.

Females care for six young in their pouch, which are as small as a grain of rice when they are born.