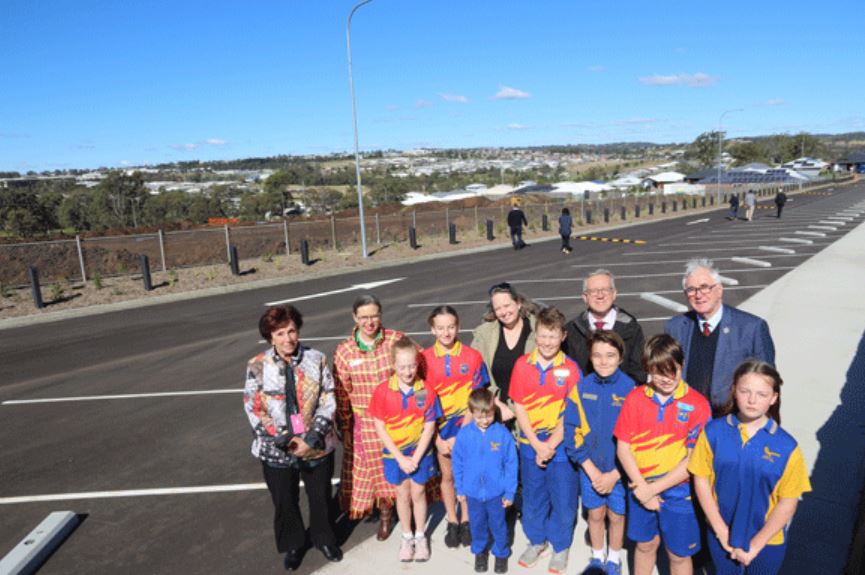 The Glenvale State School community will be safer during busy school pick-up times with construction of a new $1.8 million car park now complete.

The 38-space car park came to fruition because of the hard work of the school traffic working group, and the community at large, which championed the cause.

“Glenvale State School successfully secured more than $1 million in funding from the Palaszczuk Government, and I’m pleased to see the outcome of that funding now complete,” Mr Bailey said.

Celebrating the opening, Education Minister Grace Grace said the school community had advocated strongly for better infrastructure in the area.

“Thanks to the hard work of the school traffic working group - made up of Glenvale P&C, Principal David Saxton, and other department staff - we now have 38 new car parks available for parents and carers, making it safer and easier to pick-up and drop off students,” Ms Grace said.

“This infrastructure has been made possible by the Palaszczuk Government and our commitment to school communities.

“I know the community has been lobbying for this car park for quite some time, so I’m glad to announce it’s finished. We know it’ll relieve some of the pressure on traffic and most importantly increase safety for all residents,” Cr Antonio said.

“The car park is located in Glenvale State School and will operate during school drop-off and pick-up times,” Cr Taylor said.

“The project also constructed a left-turn lane from Glenvale Road into the car park, installed two disability parking bays on Glenvale Road near the school office and widened Dawn Drive to create a right-turn lane into McDougall Street.”

The $1.8 million project was jointly funded by the Queensland Government and Toowoomba Regional Council.

The Queensland Government provided $1.06 million through the School Transport Infrastructure Program with the council allocating the remaining contribution.