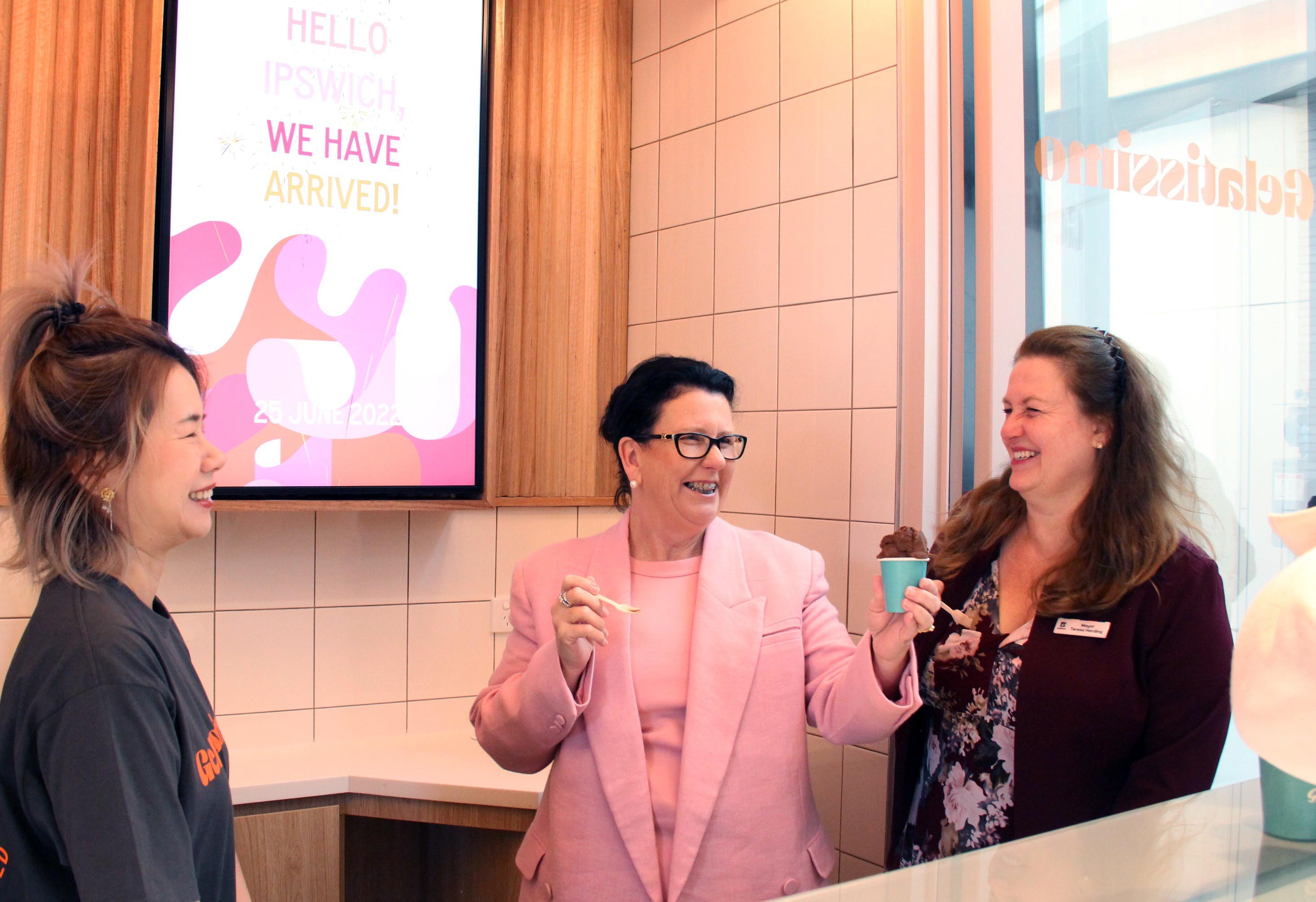 An Ipswich councillor has played down concerns about the impact the $250 million Nicholas Street precinct will have on competing businesses.

Councillor Marnie Doyle’s comments come amid concerns by Riverlink Shopping Centre on behalf of its tenants that the new mall will kill local business.

Cr Doyle says that she appreciates the concern, but they are not the only ones who've done it tough.

“The businesses at the top of town and including here on Nicholas Street precinct so Bob Slater from Terry White Chemmart, he’s been here for 43 years, and his business has suffered terribly during the downturn.

“We believe it’s an amazing opportunity for all residents and businesses in Ipswich to thrive.”

“We are the food and entertainment capital of the CBD. You will not see retail offerings here like Target and Kmart.

“If you want to head out for some retail therapy, you pop over to Riverlink.”

Ipswich Council has revealed it's in discussions with cinema operators for the precinct.

The city centre hasn't had a cinema since Birch Carroll and Coyle closed its door in 2019.

“An announcement regarding a cinema and other offerings will be hopefully in the next few months,” Cr Doyle says.

“It's very exciting. It has always been critical to the success of the precinct here that there are a couple of key entertainment anchor tenants, one being the Commonwealth Hotel and the other being a cinema.”

One of Ipswich's oldest businesses is soon to be one of the first to open its doors in the new mall along with popular gelato and eatery Gelatissimo.

Terry White Chemmart, relocated to the top of the mall while renovations have been underway.

Owner Bob Slater says it is great to see it's coming together after all of this time.

“I’ve been in Ipswich for 43 years, so I’ve seen the really good times and the really bad times.” he says.

“This is just the start of the best times. The feeling is so progressive, and Ipswich deserves this.”