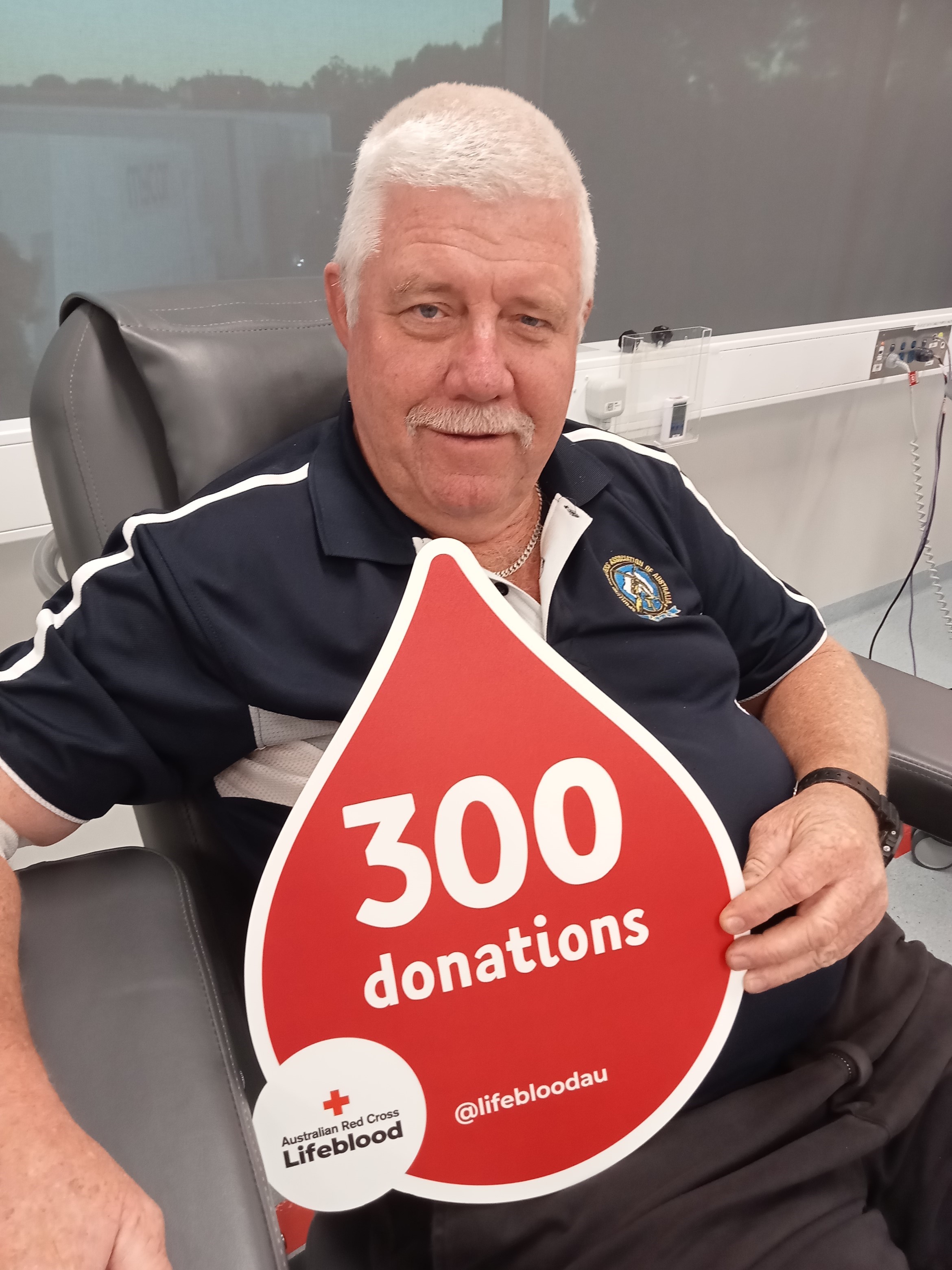 An Ipswich man has hit a major milestone after donating blood 300 times over several decades.

Ken Payne from Ripley says he began being a donor as an apprentice electrician at Swanbank Power Station.

“One of the electricians talked me into going in, they had a minibus used to come in from Swanbank into the old RSL near the civic centre," he says.

“They’d round up the apprentices to donate and we were always keen because we got to finish work early.

“Seriously though, I was a Scout growing up and it really instilled in me the value in helping people and being a blood and plasma donor is an easy way of doing just that.

Mr Payne says he is happy that his blood can help to save lives.

“There’s operations, accidents there’s diseases people who have leukaemia and that type of thing and babies that are born with the wrong type of blood get given a blood transfusion otherwise they would die as well,” he says.

“Giving my 300th donation is quite a proud moment.”

It comes as Red Cross Life Blood Ipswich thanks to its donors this World Blood Donor Week.

“In Ipswich, our 4,114 local donors are the lifeblood of our community,” Mrs Thompson says.

“Nine thousand Ipswich residents will require blood products at some point in their lifetime, so we want to say a huge thank you to those 4,114 amazing people, who make this possible.

“Australian patients receive the gift of life because ordinary people do an extraordinary thing. They roll up their sleeve to help.”