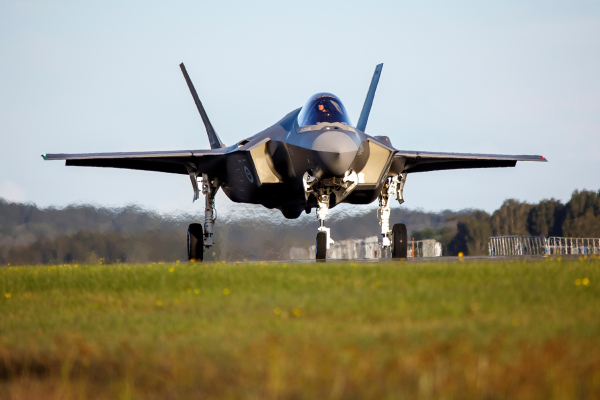 Up to seven Royal Australian Air Force F-35A Lightning II aircraft from No. 81 Wing are conducting training at RAAF Base Amberley, Queensland from 13 June to 1 July 2022.

Commander of Air Combat Group Air Commodore Tim Alsop said although No. 3 Squadron normally operates from RAAF Base Williamtown in New South Wales, it has deployed to RAAF Base Amberley due to significant runway works at Newcastle Airport. The works are part of the Federal Government’s $66 million upgrade to bring the runway to international standard.

“Some F-35A operations will still occur at RAAF Base Williamtown during the upgrade, however the majority of our people and aircraft will relocate to other bases in Australia and overseas,” Air Commodore Alsop said.

“Our F-35A squadrons will operate in the deployed locations, as they ordinarily would at RAAF Base Williamtown, conducting essential operational training.’’

“Aircrew always aim to minimise noise and disruption to the community when flying near residential areas,” Air Commodore Alsop said.

“We appreciate the ongoing support from the Ipswich and southern Queensland community.”

Members of the community seeking further information are invited to call 1800 033 200.