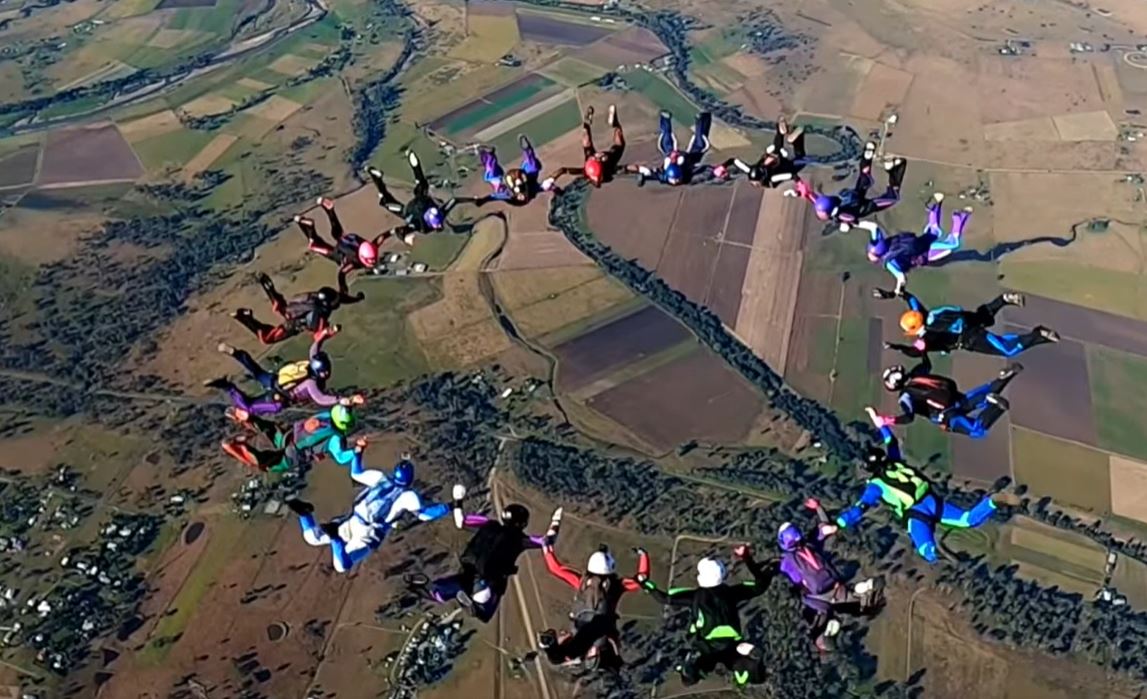 A group of nineteen skydivers has set the new Australian record for the largest all-female star formation at Toogoolawah.

The skydiving team had to bring in two planes to take them to 15,000 feet so they could jump and then freefall to make a star formation.

Skydive Rambler's Nitisha Dingle, who's also the Australian Record holder for speed skydiving, says despite it looking easy it is far more difficult.

“We’ve all done similar jumps previously, there were some lower experienced numbers, which was really awesome to integrate the skill levels throughout the jumps,” she says.

“But it has been something we have been working towards since we started jumping.”

Kristina Hicks, the record organiser and coach, says it was a special moment.

"Participants travelled from all over Australia for this record attempt, something that hasn’t been possible for quite some time due to all the COVID border restrictions and shutdowns," she says.

"It was great to be able to reunite with amazing women from around the country and work together to achieve something great.”

Nitisha says she'll now focus on breaking the speed skydiving world record in the US with her Australian record sitting at a blistering 488.21km/h.

“I’m going to Arizona in October to hopefully become the world champion,” she says.