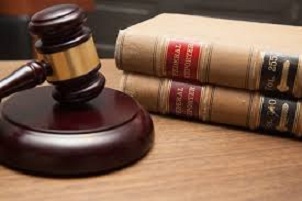 An Ipswich tyre maintenance and fitting company faces fines of almost $40,000 after being accused of failing to back pay an employee their annual leave entitlements.

BGSZO Pty Ltd, which is based in Ipswich and trades as Up Dog Diesel, and its sole director and owner Dwane Johnson, are facing court after a Fair Work Ombudsman investigation.

The regulator investigated after receiving a request for help from a worker who had been employed as a tyre fitter at the company between April 2020 and April 2021.

A Fair Work Inspector issued a compliance notice to BGSZO Pty Ltd in July 2021 after forming a belief the worker had not been paid accrued but untaken annual leave entitlements owed under the National Employment Standards, at the end of his employment.

The Fair Work Ombudsman alleges BGSZO Pty Ltd, without reasonable excuse, failed to comply with the compliance notice, which required it to calculate and back pay the worker’s entitlements.

It is alleged Mr Johnson was involved in the contravention.

The regulator is also seeking an order for BGSZO Pty Ltd to comply with the Compliance Notice, which includes rectifying the alleged underpayments in full, plus interest.

The matter is currently before the Federal Circuit and Family Court in Brisbane.

Fair Work Ombudsman Sandra Parker says the regulator will continue to enforce workplace laws and take businesses to court where lawful requests are not complied with.

“Where employers do not comply, we will take appropriate action to protect employees. A court can order a business to pay penalties in addition to back-paying workers.”

“Any employees with concerns about their pay or entitlements should contact the Fair Work Ombudsman for free assistance,” Ms Parker said.