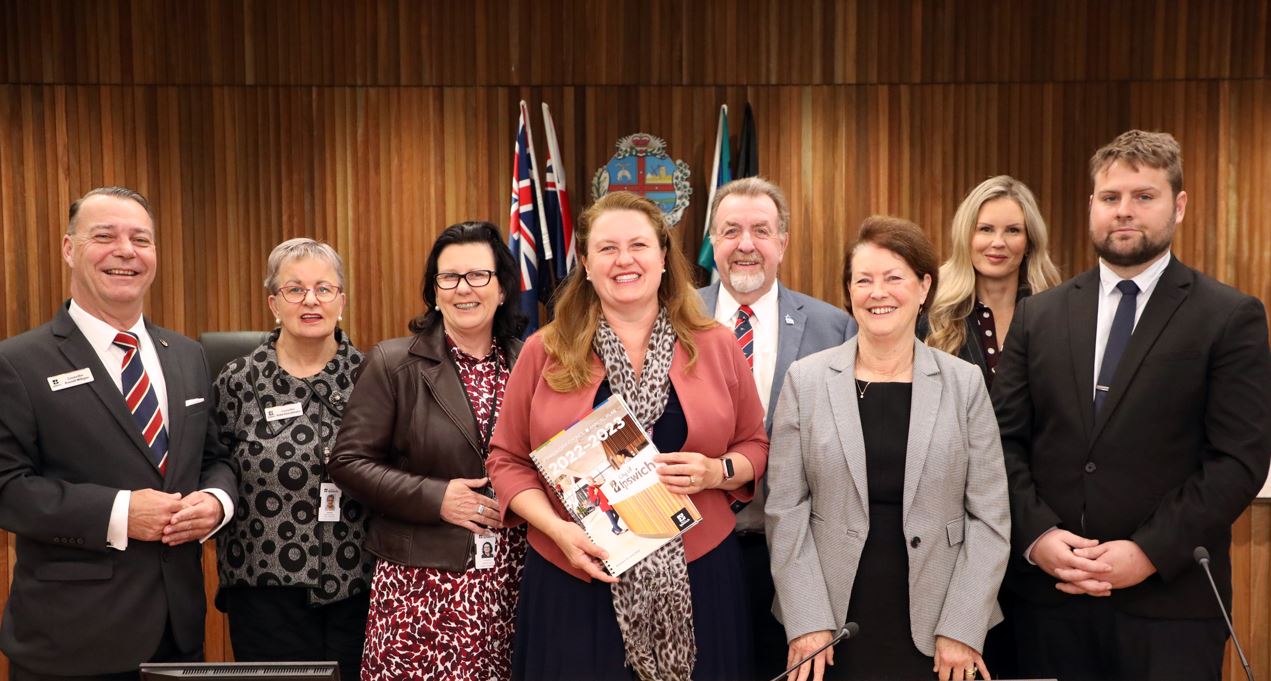 Ipswich ratepayers tightening their hip pockets after floods and amid cost-of-living pressures will be slugged a 4.49 per cent rate rise including charges in the next financial year.

It's part of a $621 million budget handed down by Mayor Teresa Harding, which also flags $30 million to be spent on flood recovery, $78 million investment on roads, $41.5 million on the Nicholas Street Precinct, $41 million on strategic transport projects, $47 million on asset rehabilitation and $13 million on parks, sport and the environment.

In handing down her third budget on Thursday, Cr Harding says the council has struck a balance between limiting the financial impact on ratepayers and residents, while ensuring it is preparing the city for future growth and opportunities.

“We are exercising tight controls over spending, while focusing investment in critical areas such as flood recovery, upgrades and services to continue delivering for the Ipswich community. 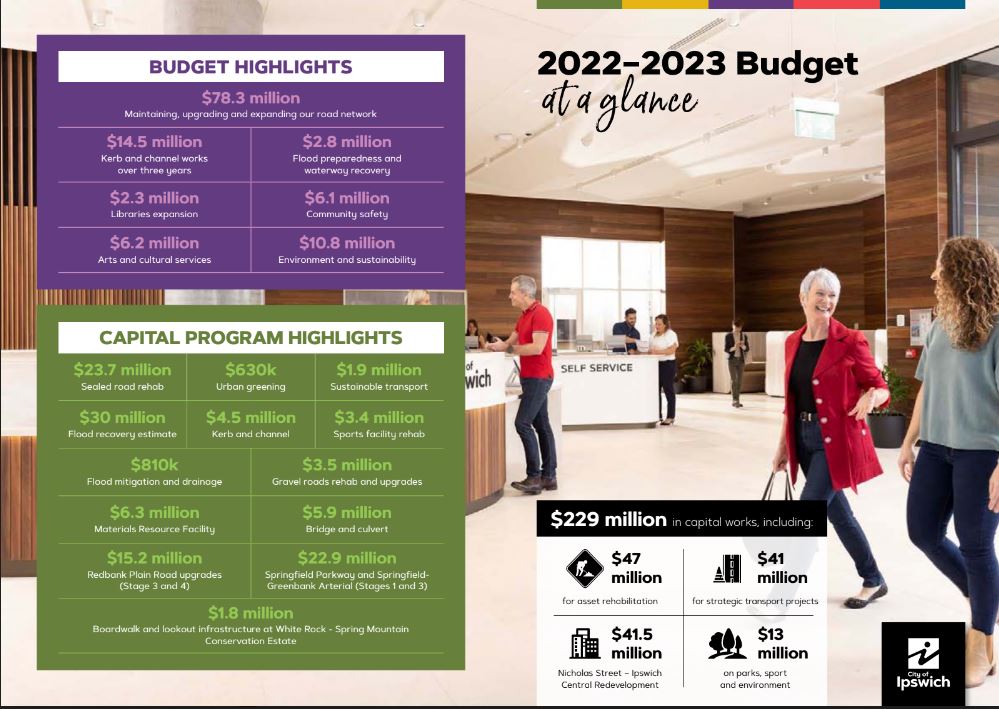 Cr Harding said this year’s council budget was prepared amid a unique set of circumstances and financial pressures on several fronts.

“Ipswich residents are facing cost pressures like never before: rising interest rates on home mortgages, spiralling petrol prices, grocery bills jumping almost daily. We know people are taking a hit in the back pocket and it is impacting everywhere,” Cr Harding says.

“Obviously, council is not immune to the cost pressures of inflation and effects on our supply chains.

“Council had some tough decisions to make as we balance community need in our fast-growing city with financial responsibility.”

In a first for Ipswich, residents on a part-pension will receive a concession.

From July 1, 2022 residential owner occupiers who receive a part-pension will be eligible to receive a pensioner remission of up to $120 per year.

“About 3,500 part-pensioners will be provided the remission with the new program costing council $430,000,” Cr Harding says.

“The $120 per annum concession will be available for all eligible pensioners regardless of the level of their pension.”

“Council’s 7,500 maximum rate pensioners will continue receiving a remission of $245 per annum.

“The on-time payment discount continues for all ratepayers at $33 per quarter or $132 per annum.”

Mayor Harding says the council will deliver a $229 million capital works program in 2022-2023, part of a three-year program totalling $473 million.

Ipswich City Council has committed $41.5 million in its 2022-2023 Budget to the next phase of work in the Nicholas Street Precinct redevelopment.

Ipswich Central Redevelopment Committee chairperson councillor Marnie Doyle says a significant proportion of the funds will be spent on the delivery of leisure, entertainment, food and beverage areas.

“This exciting stage of the Nicholas Street Precinct will see construction of the food and beverage and entertainment aspects,” Cr Doyle says.

“Council has taken a derelict mall and delivered a revitalised, inclusive space for the local community to not only enjoy but be proud of, in the heart of Ipswich."

The council has allocated $30 million in the next financial year for flood recovery as the city continues to bounce back after two devasting floods in 2022.

“Our city was hit extremely hard by twin weather events this year and many parts are only just recovering,” Cr Harding says

“Council will invest significant time and money into getting our city back into top condition, including many of our parks and sporting fields.

“Council repaired 3,000 potholes already this year as a result of flooding. We have set aside a further $1 million to fix 6,000 potholes over the next financial year.

“More than $31 million has been set aside for rehabilitation of sealed and gravel roads, plus new and upgraded kerb and channels.”

The council will spend $78 million on maintaining, upgrading and expanding the road network and an additional $41 million to be spent on strategic transport projects.

“Strategic transport projects include the signalisation of the Queen Street and Albert Street intersection in Goodna and design works for Ripley Road upgrades at various locations," Cr Harding says.

“Further work on upgrading and duplication of the Springfield Parkway and Springfield Greenbank Arterial Road – council’s largest ever road construction project – will continue with $23 million allocated over the next year.

“Another $15 million will be spent on stages three and four upgrades of Redbank Plains Road.

“More than $31 million has been set aside for rehabilitation of 1,710 kilometres of sealed roads and 268 kilometres of gravel roads, plus new and upgraded kerb and channels."

An additional $5.9 million will be spent on bridge and culvert works.

Council will spend more than $13 million on new and existing parks and sports grounds across the city.

60 projects will be worked on in 2022-2023, but in the three-year capital program there are almost 80 planned for suburbs across Ipswich.

Some of the big-ticket items in the parks, sports and environment budget include: