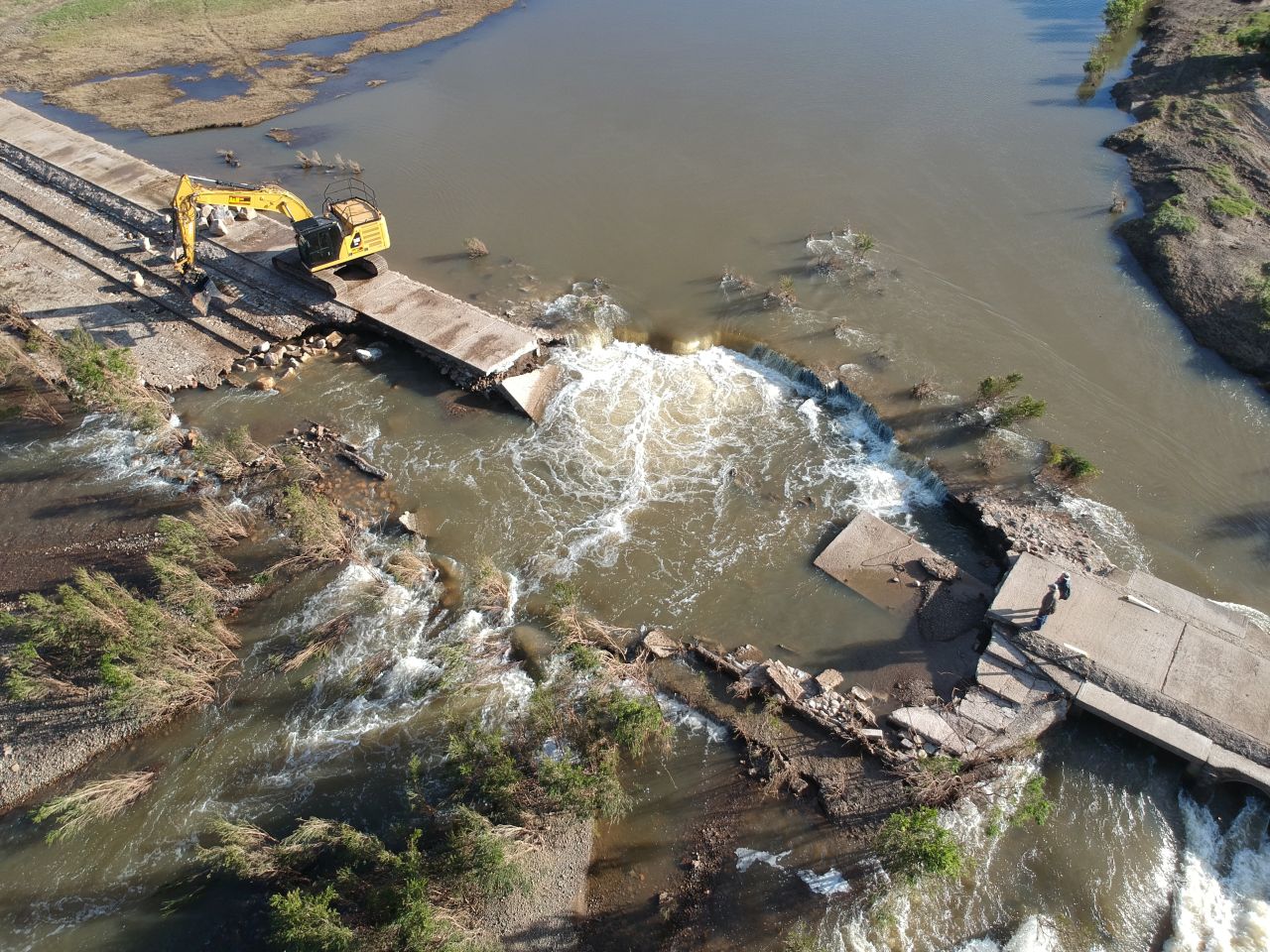 Stranded and frustrated Somerset residents can now cross the Brisbane River after a causeway significantly damaged during the floods received a temporary fix.

The crossing on Scrub Creek Road, which passes over both Scrub Creek and the Brisbane River, has been closed several times since the February floods for repairs due to a gaping hole in the bridge and then further flooding earlier this month.

“The engineers came up with quite an innovative way to get the people that have been isolated for two to three weeks during the February flood. They put large boulders and the like across a really degraded area to make it stable enough for them to get back out,” he says.

“Since the major floods of February to May, as residents would no doubt be aware, we have not had a dry July in the river, and it has rained to such an extent that the temporary crossing was overtopped earlier this month.”

“I am pleased to report that our team has assessed the temporary structure and have found it to be holding up well despite being overtopped.”

He says the council is working on a solution to provide long-term access across the Brisbane River at this location.”

“We are again grateful to the Queensland Reconstruction Authority for helping facilitate funding assistance under the Commonwealth/State natural disaster funding arrangements for both the temporary and permanent Brisbane River crossings,” Cr Wendt says.